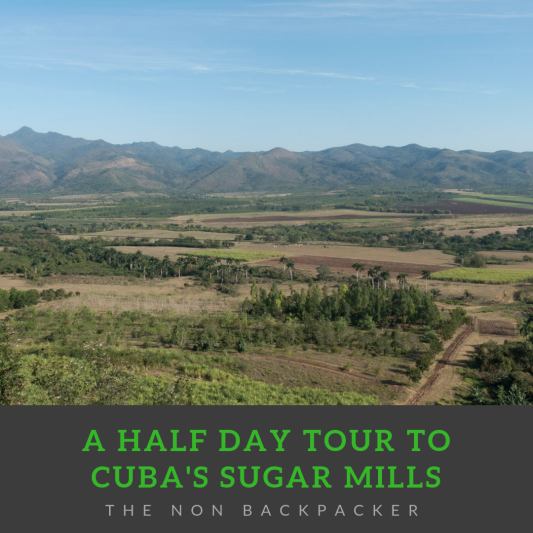 Much like Cienfuegos, Trinidad is a great place to base yourself for some day trips. We ventured to Santa Clara and also into the sugar mill area around just outside of Trinidad.

Our first stop on our half day excursion was the lookout point at Mirador del Valle de los Ingenios. A great stop where you can climb up to the top of the hill and look out over the Cuban countryside. 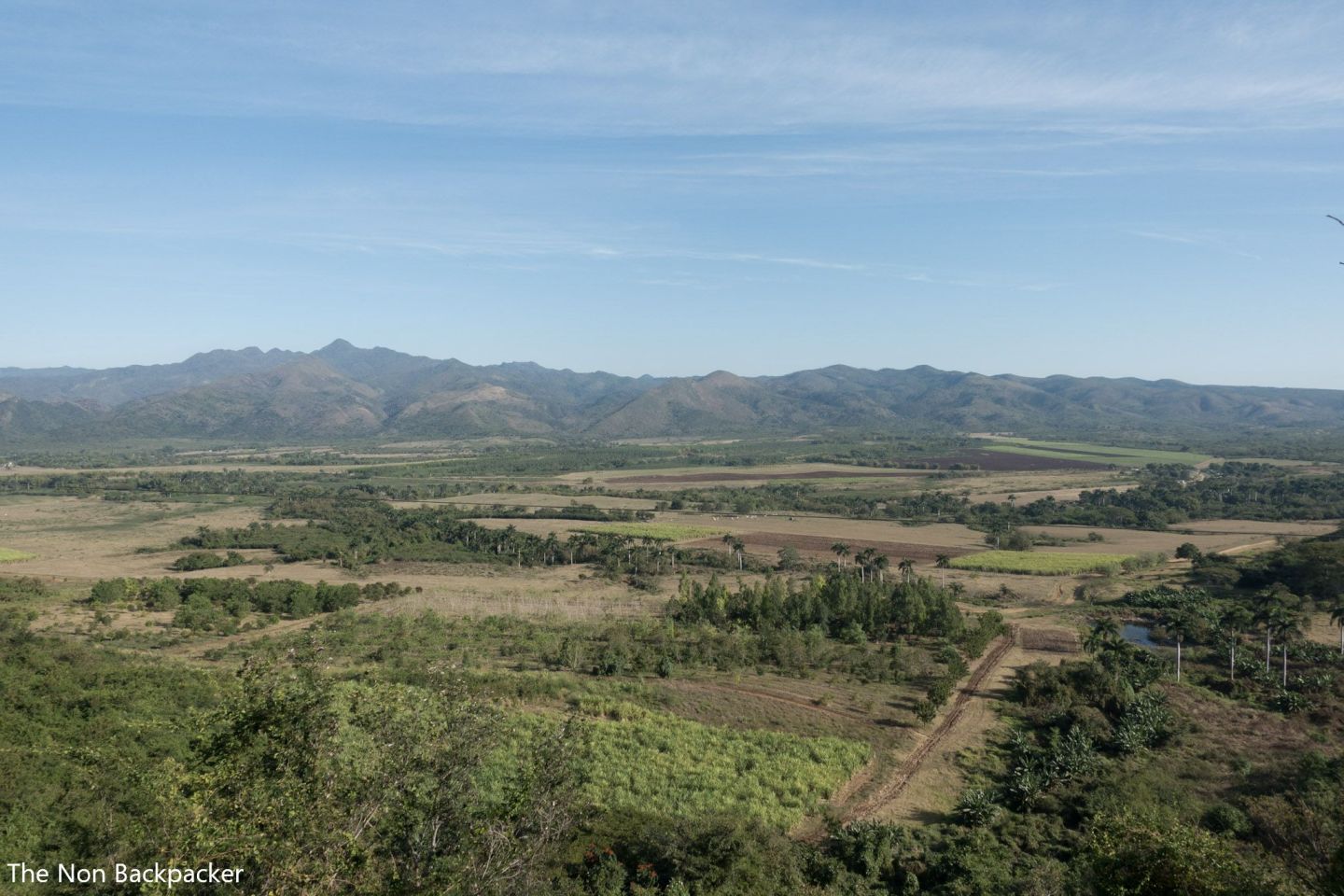 If you’re up to it you can take a zip line for another angle on the view. If I had one regret from our time in Cuba it was that I didn’t partake in the zip lining! 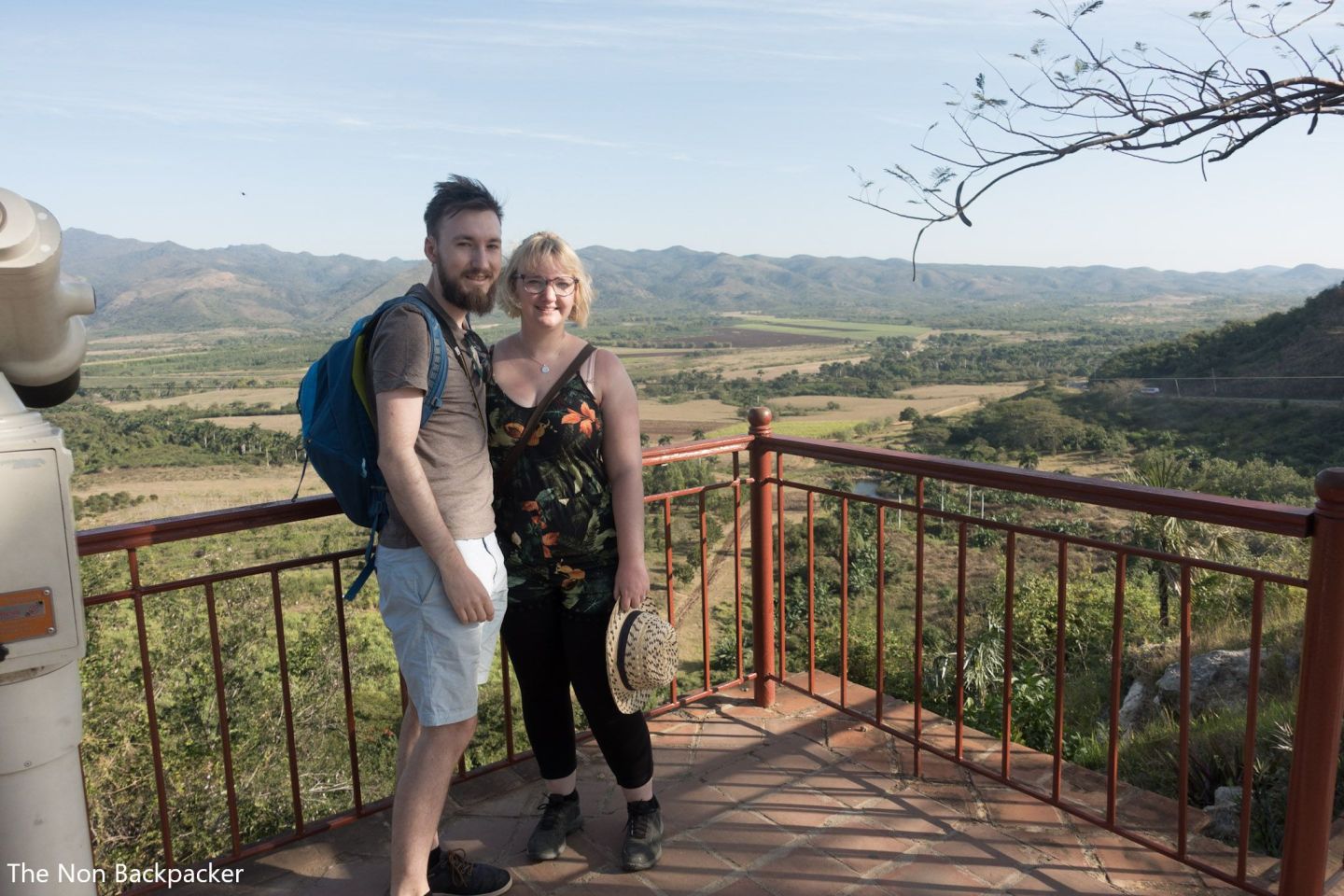 Our first experience of sugar mill ruins was the Ruinas de Ingenio San Isidro de los Destiladeros which is one of the oldest sugar mills in Cuba. By 1854 the house and it’s grounds had 100 slaves. 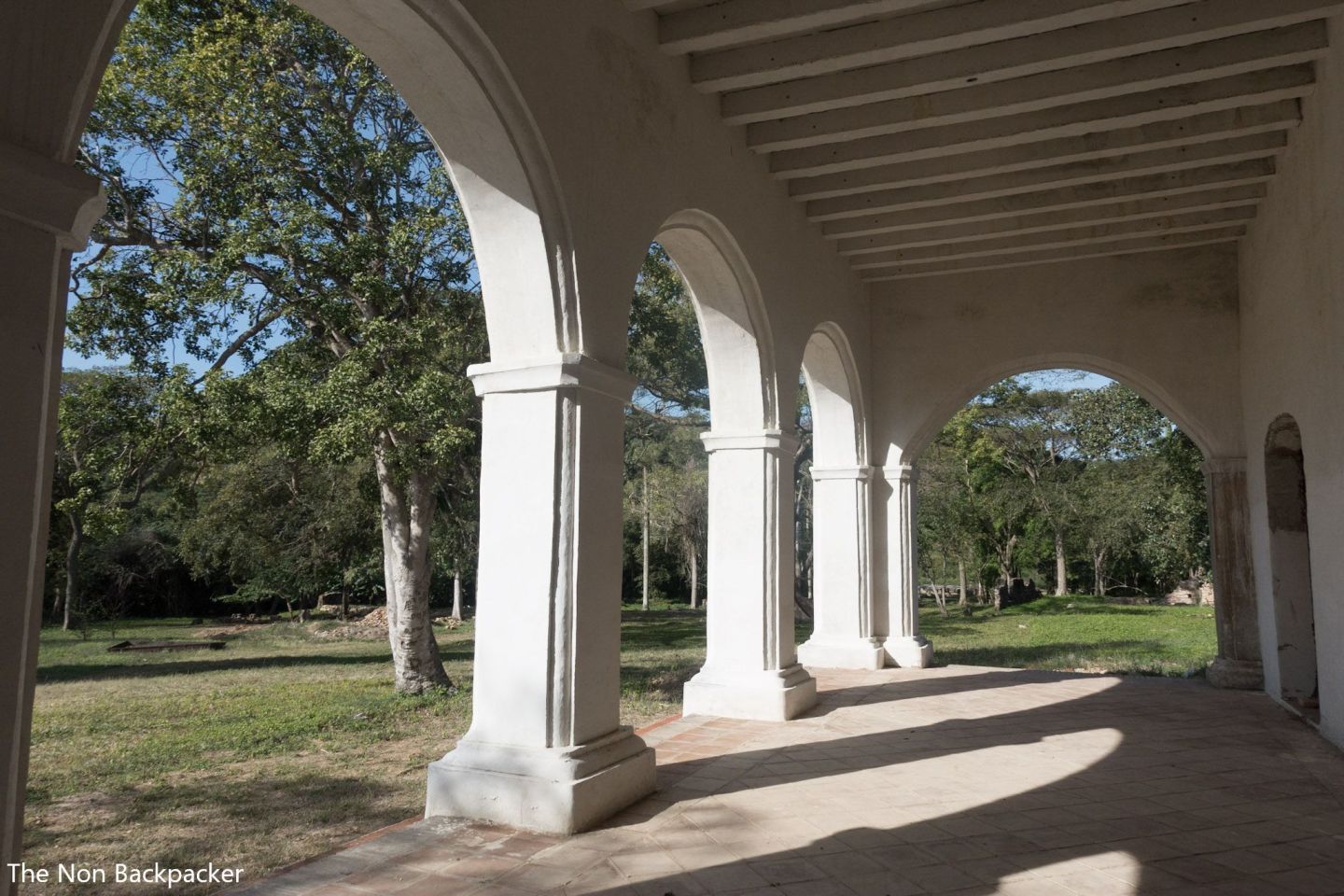 As you walk round the site you can see the remnants of where they used to process the sugar cane, where they made rum and where the slaves used to sleep. Right in the centre of the site is a three storey tower that was used as a lookout.

The surroundings are peaceful and it’s a nice place to walk around but you do get the sense that a lot of bad things happened there. One fact our guide told us was that they always plant corn near the sugar cane fields to help reduce the spread of fires. 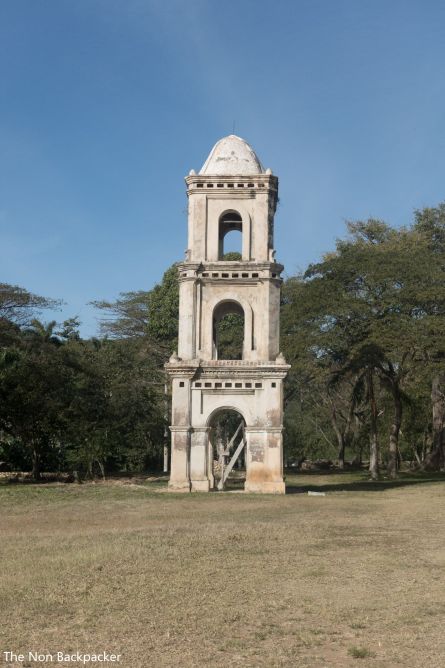 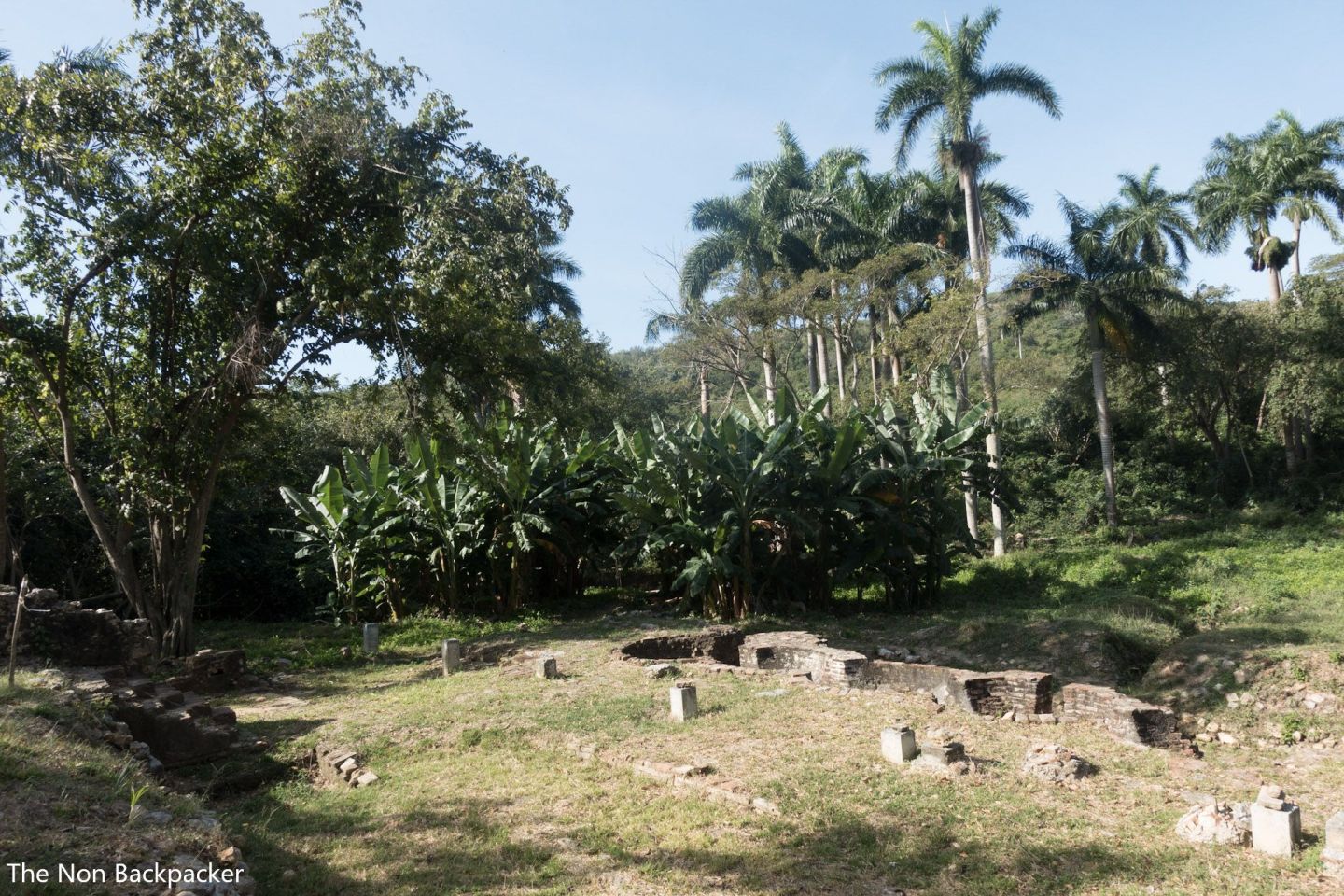 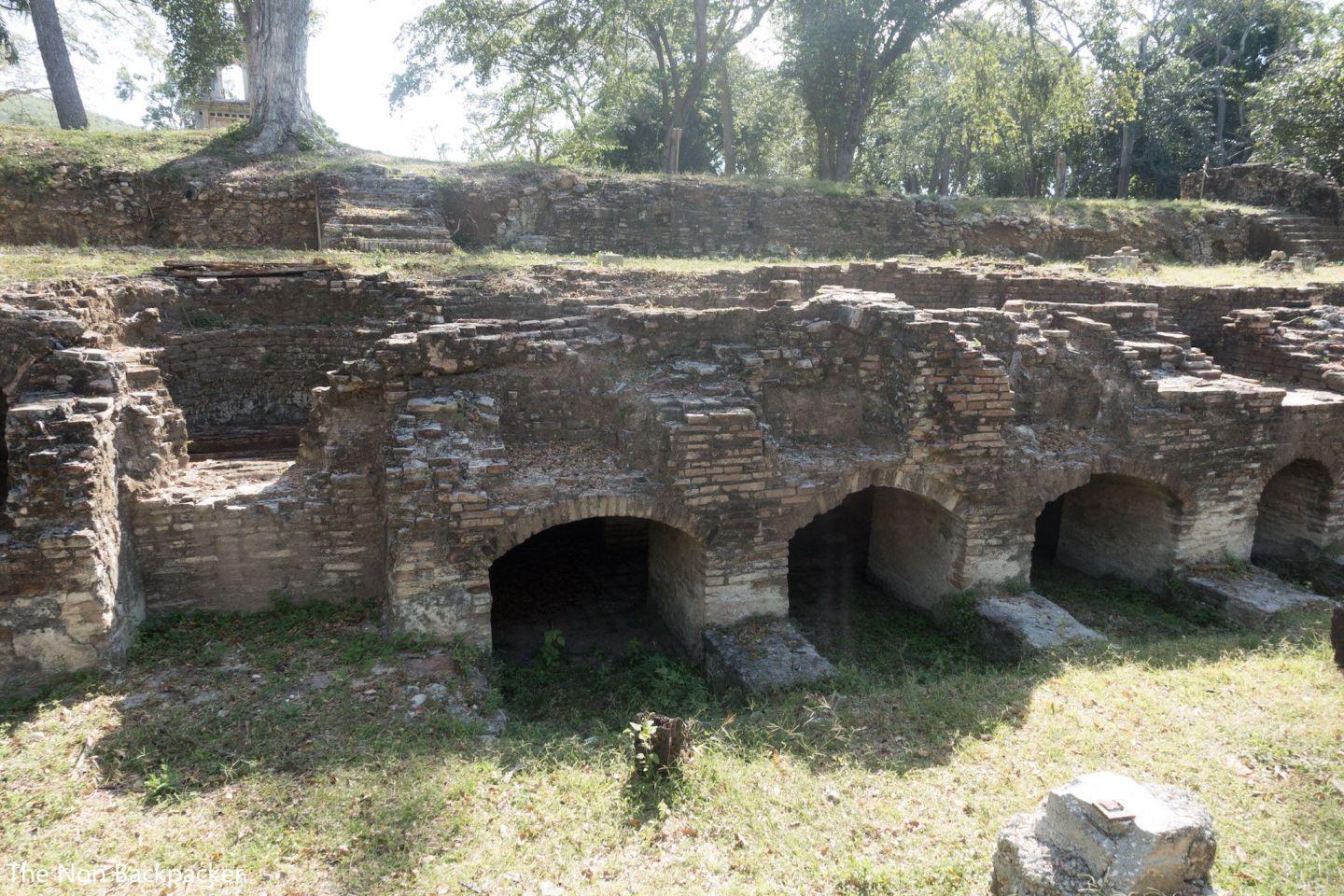 The site was undergoing some renovation to help preserve the site but also make it more appealing to visitors.

To carry on with the sugar plantation tour you have to visit Manaca Iznaga. A 45m watch tower that dominates the skyline. All around the tower you’ll find stalls with local Cubans selling handicrafts. 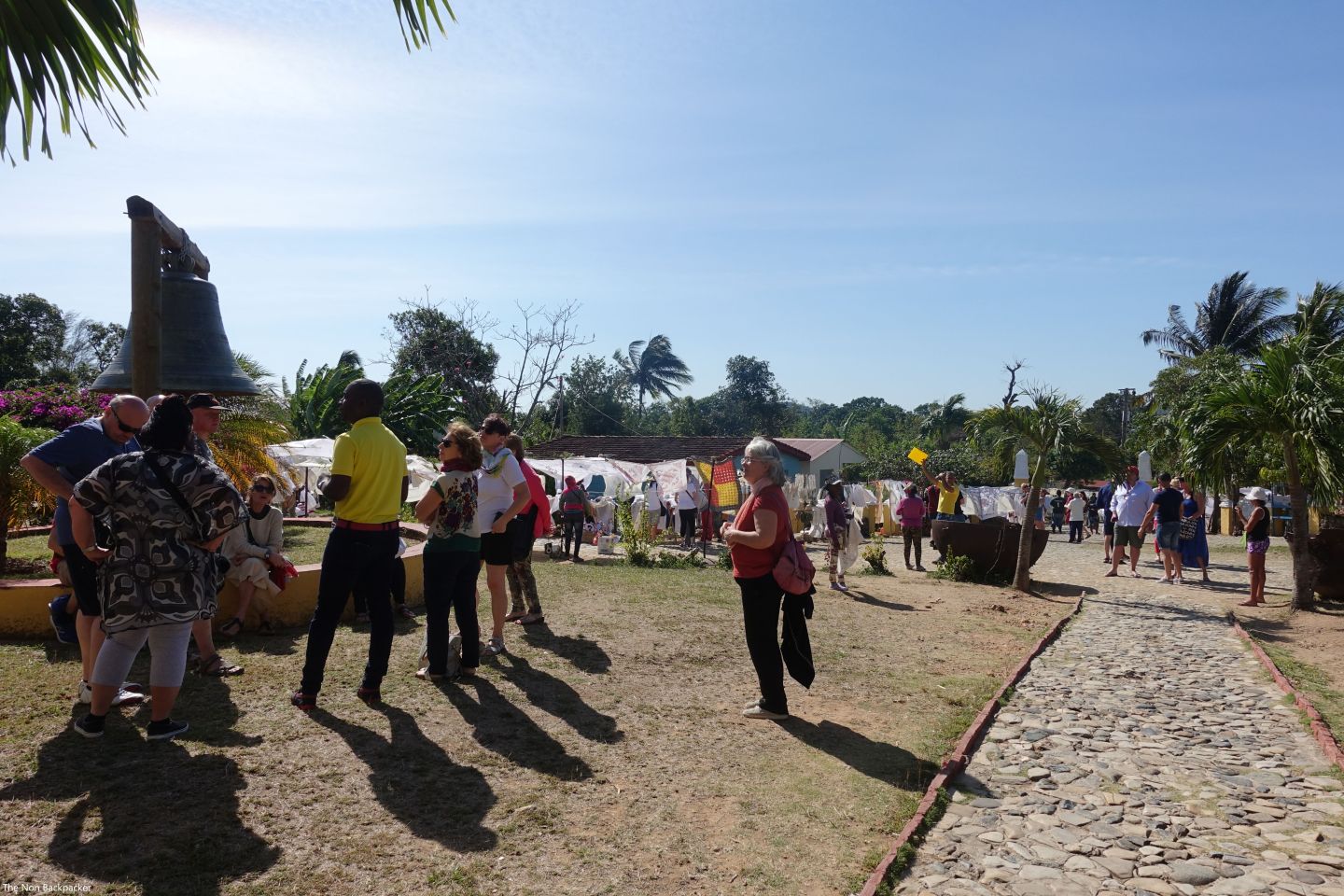 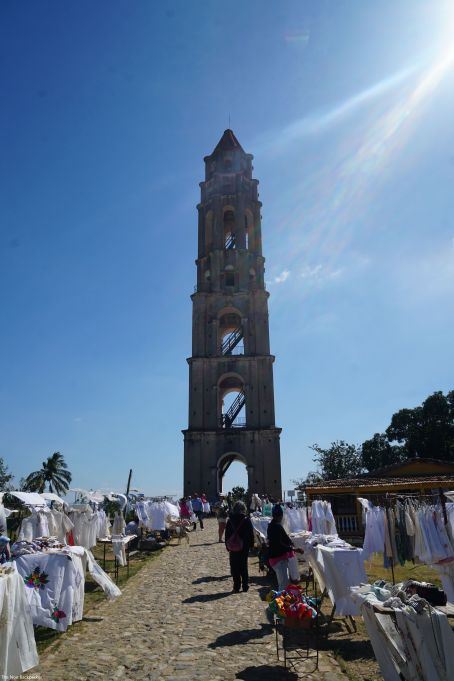 There is a legend, well a couple actually, surrounding why the tower was built. One legend states that two brothers made a bet to see who would marry a local girl. One built a tower 45m tall, one a hole 45m deep, in the end the father married the girl. Another legend goes that it was built to lock up an adulterous wife.

Either way the tower is now an official monument of Cuba and great to go and see. It’s more likely it was used as a watchtower on the lookout for runaway slaves and fires in the sugar cane fields.

The tower once had a bell that was used to signal a call to prayer and the beginning/end of the slaves day. 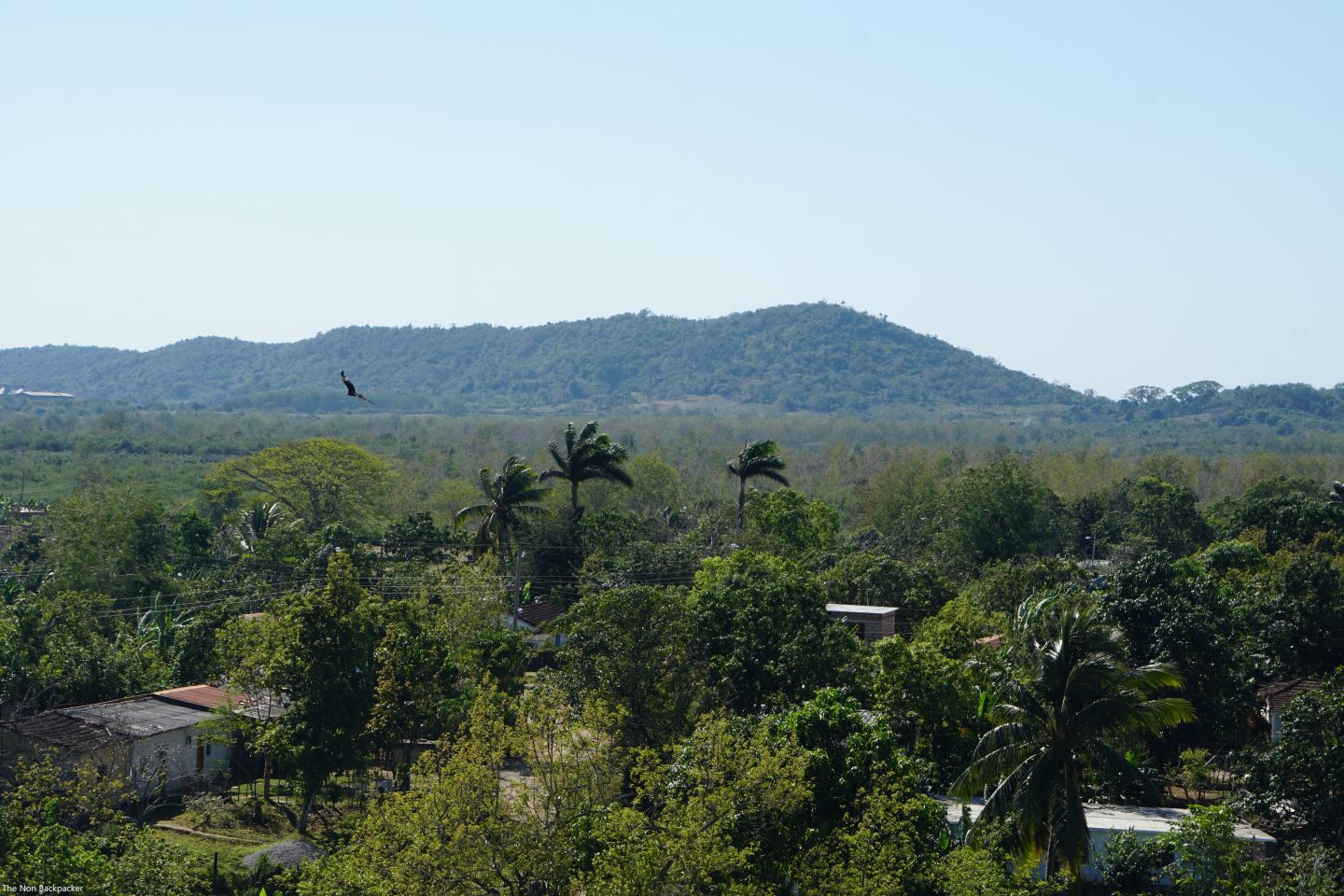 You can climb the tower via a 184 step staircase. It’s split into 7 layers each giving a new look on the surrounding areas. It was SO windy on our climb up, I had to cling on to ensure I didn’t topple over the site. We did lose Stuart’s sunglasses to the wind, blowing 5 stories over the side. 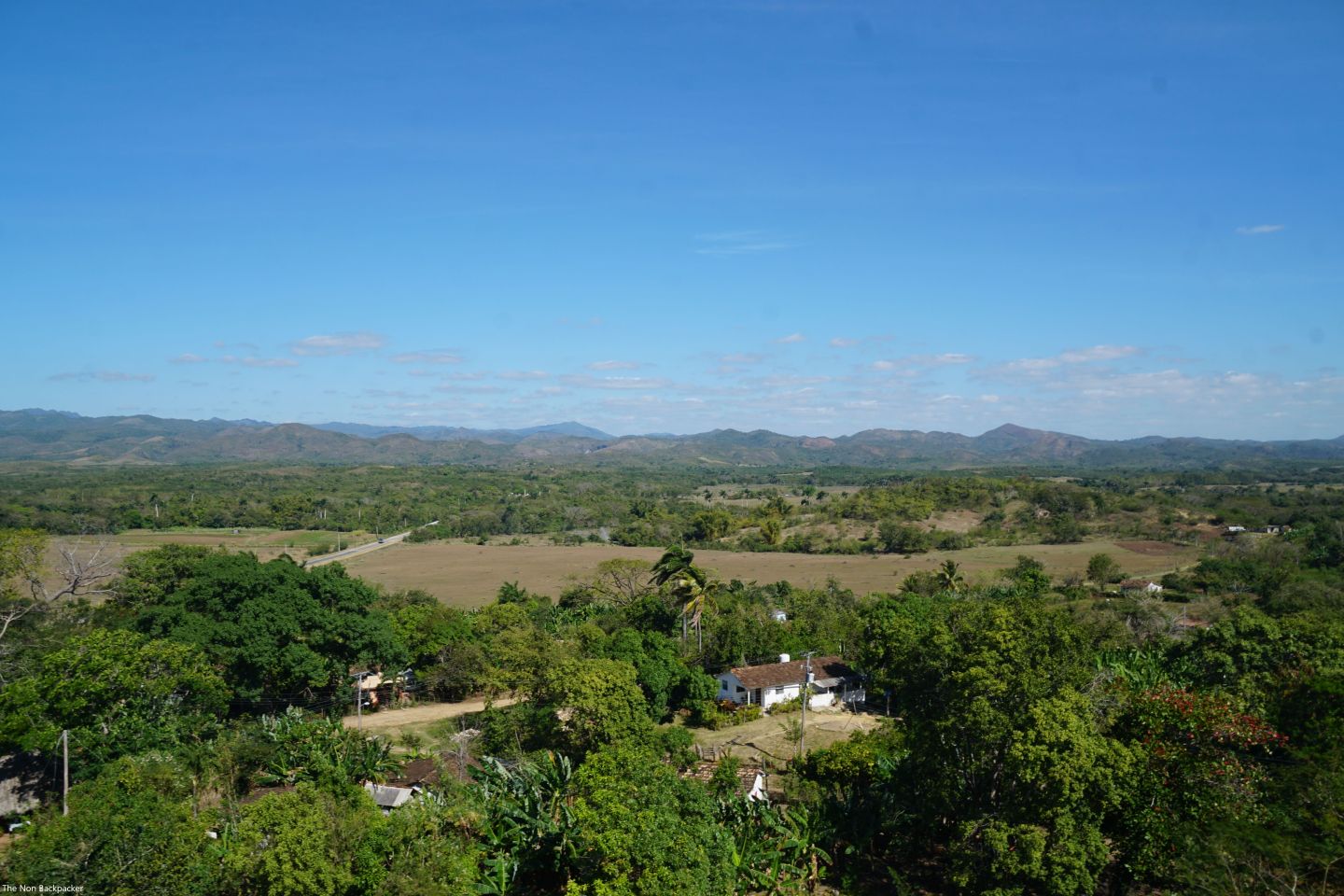 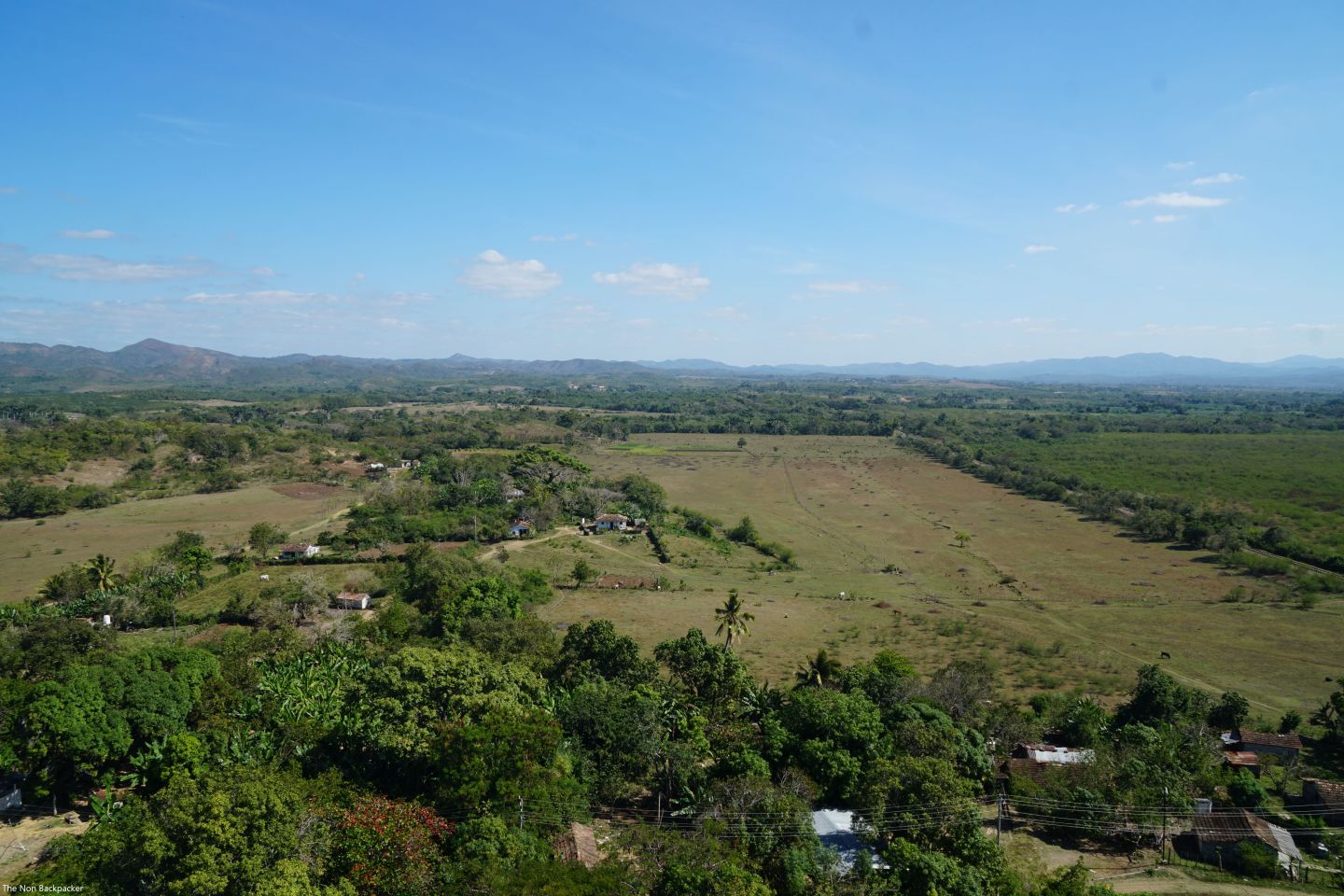 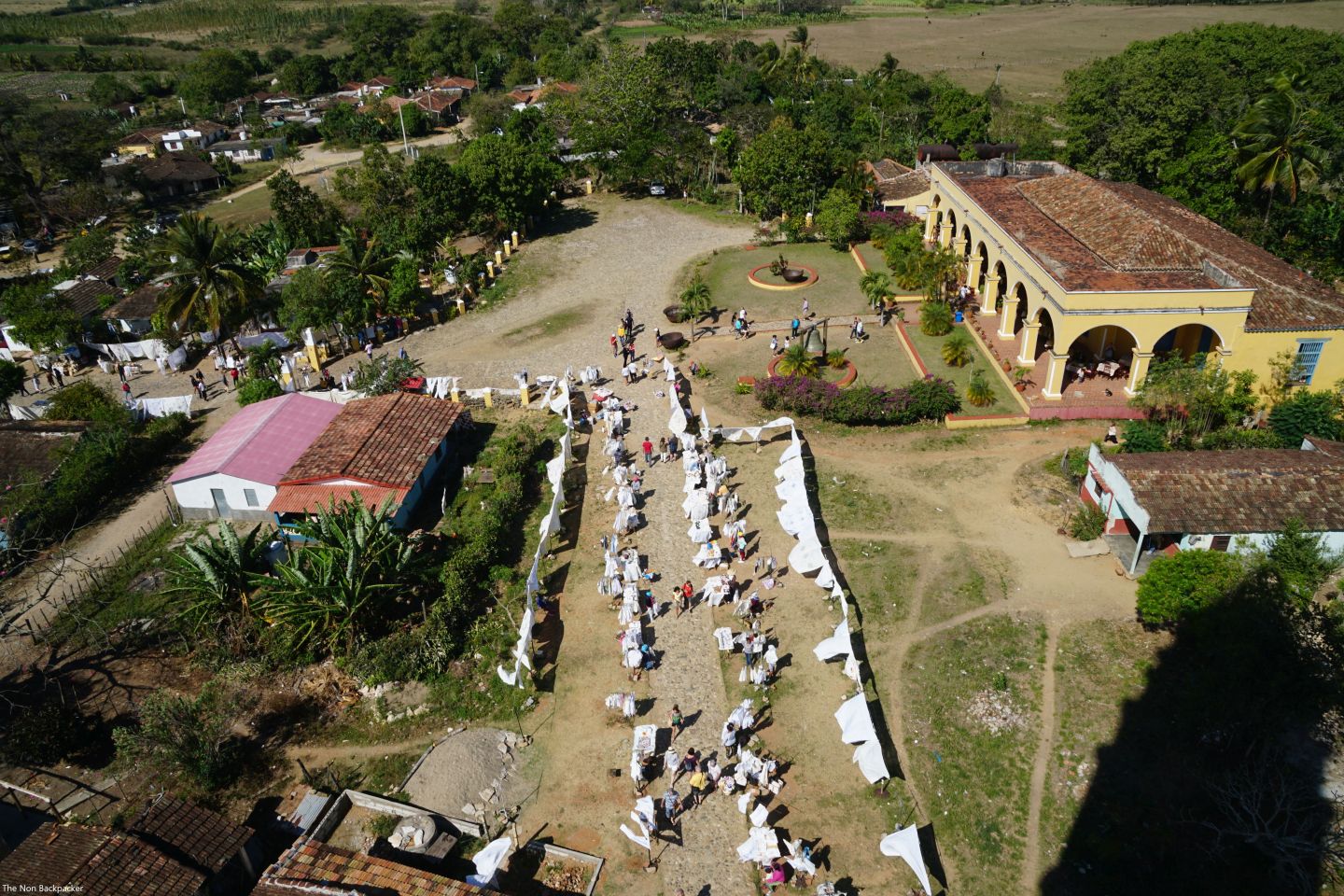 It’s quite an exhausting climb, especially with the wind but well well worth it. 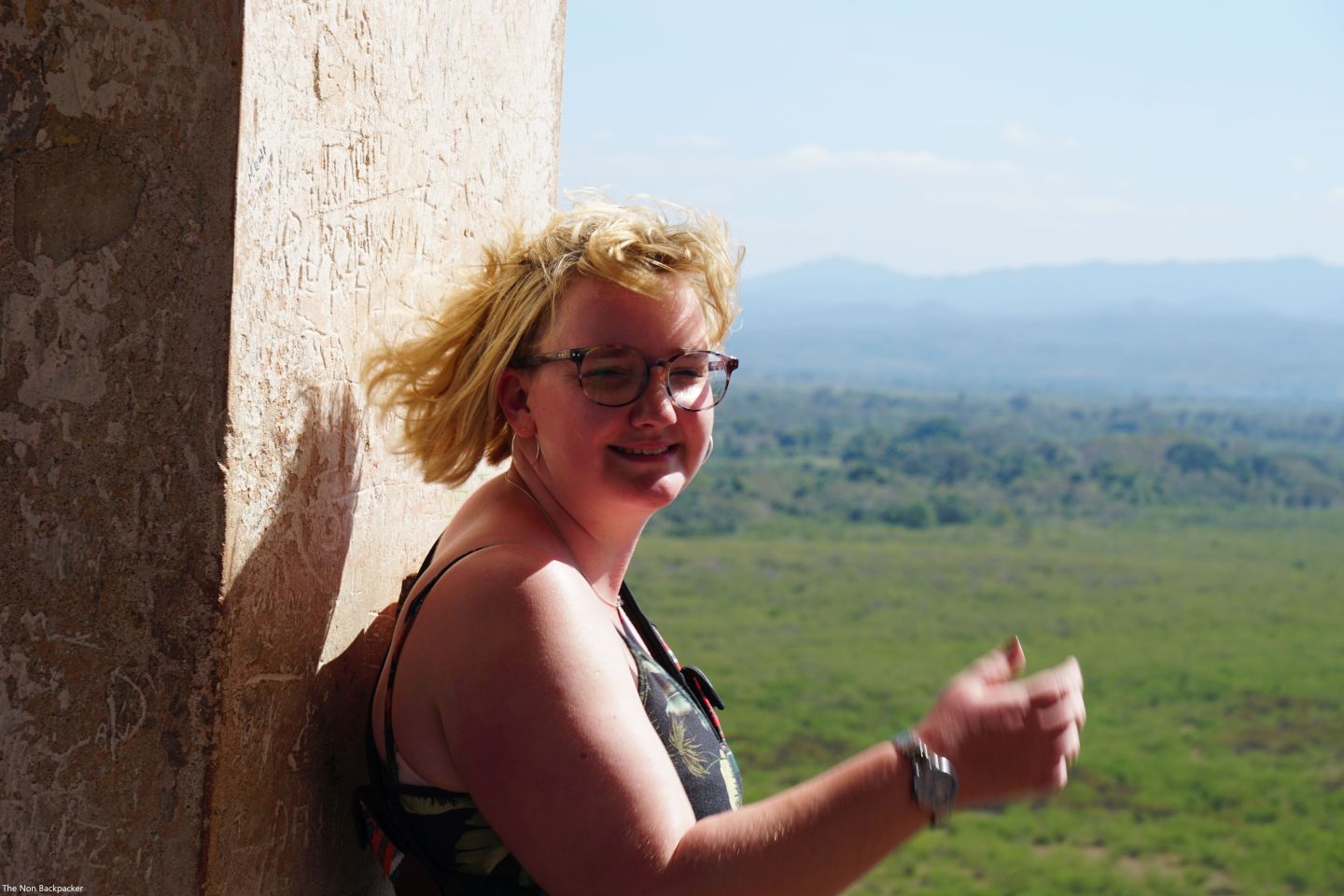 Our advice is to get a guide to take you round, you’ll have a much better experience with context and explanations of what you’re looking at. You’ll also need a car to get to each place from Trinidad so might as well bundle them together. We used Trinidad Sightseeing CUBA for both our tours to Santa Clara and around the sugar mills – I would highly recommend them!

Get out into the countryside and find out more about how the sugar industry shaped Cuban history!!

India is a huge country with a colourful history and colourful cities. It can be overwhelming and inspirational and challenging. For us India takes time to understand, 2 weeks is not enough and one part of the country doesn’t give you the whole picture. Our short snapshot of the state of Rajasthan began as it ended in Delhi.  We flew into India on 9th March 2019, at the time there was unrest in the areas close to the Pakistan border…