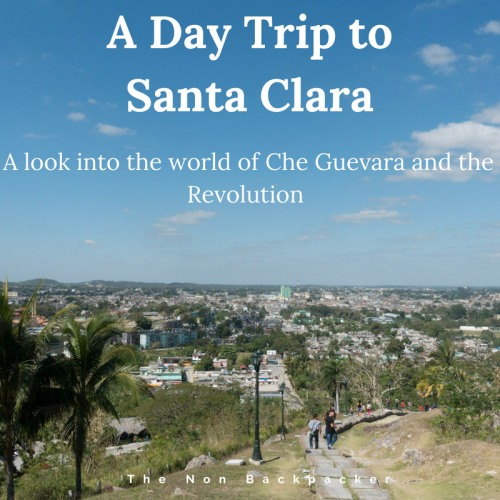 Santa Clara is located in almost the centre of Cuba in the province of Villa Clara. It was founded in 1689 but is perhaps most well known for its part in the Che Guevara story.

Santa Clara is home to the last battle of the Revolution in 1958, two groups of guerilla fighters attached the city to gain control. One group was led by Camilo Cienfuegos and the other by Che Guevara. They first gained control of the Formeto garrison and then destroyed the railway line to derail a train full of supplies sent by Batista. They managed to gain control of the city and Bastita fled the country 12 hours later.

As a short trip from Trinidad (1.5 hour drive) its worth a day trip or a stop on the way to your next Cuban adventure.

Given the history and the part Che played it’s unsurprising that his tomb is located here. Not wanting to be held in esteem or any more important than the other men he fought with his tomb is alongside many others. 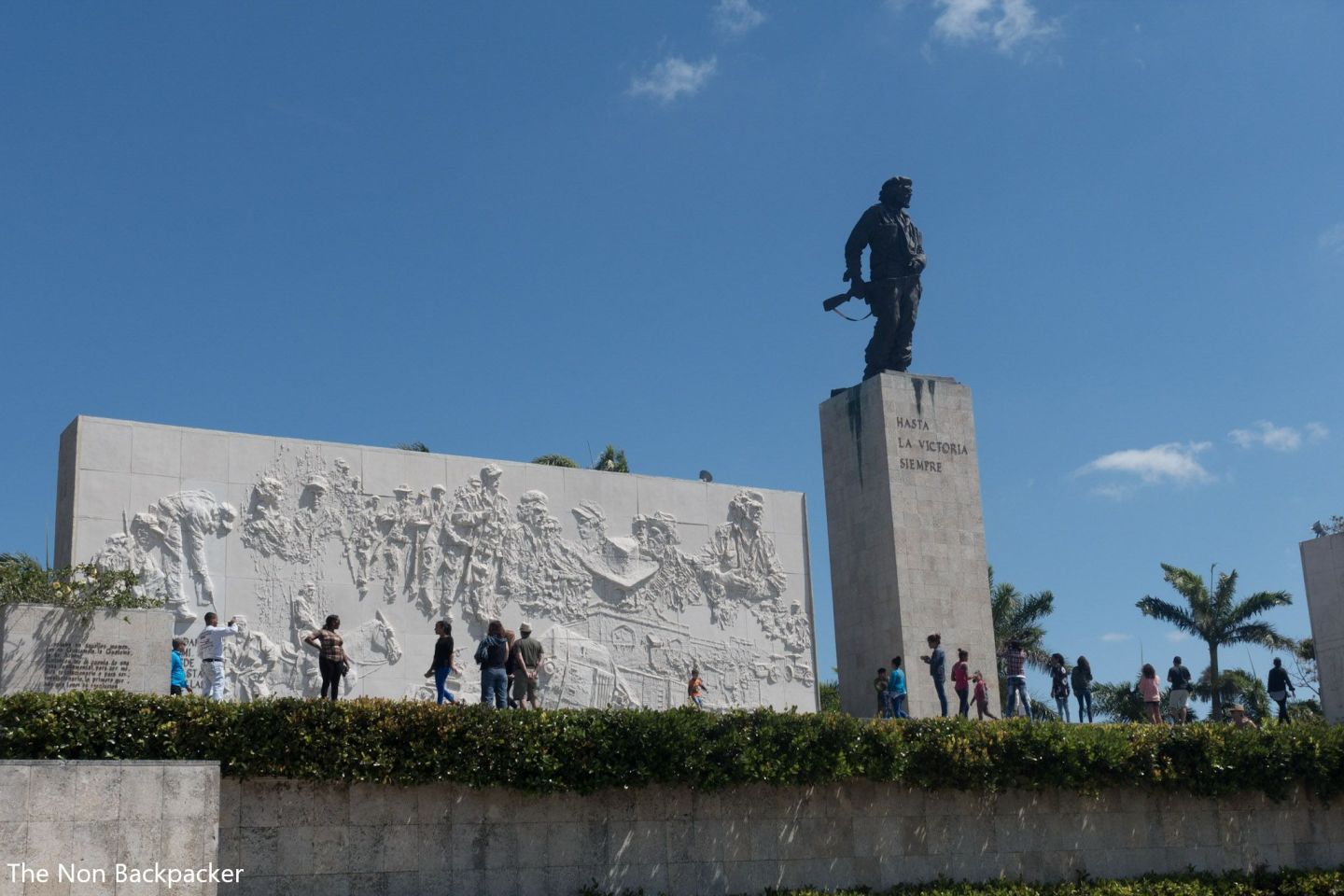 However, above ground you’ll find a huge monument to the man himself. It’s built in white stone with statues of Che all around along with words and letters he had written. It’s located on the outskirts of Santa Clara and is set up for lots and lots of tourists, luckily we managed to time our arrival before a few coaches arrived so it was relatively quiet. 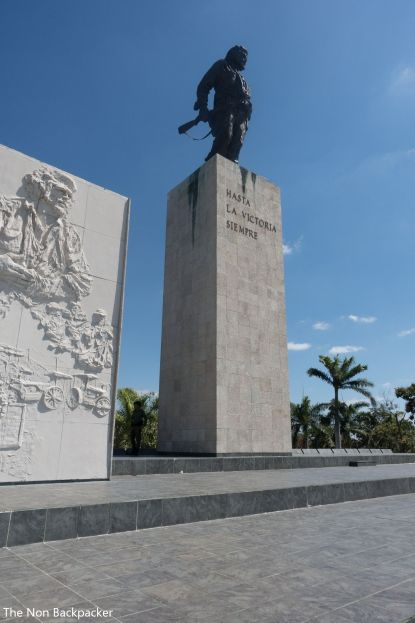 There is a museum about Che’s life along with some artifacts and then you head into the actual mausoleum itself. But don’t take photos, you will get caught and you will have the delete them.  German tourists found this out the hard way. 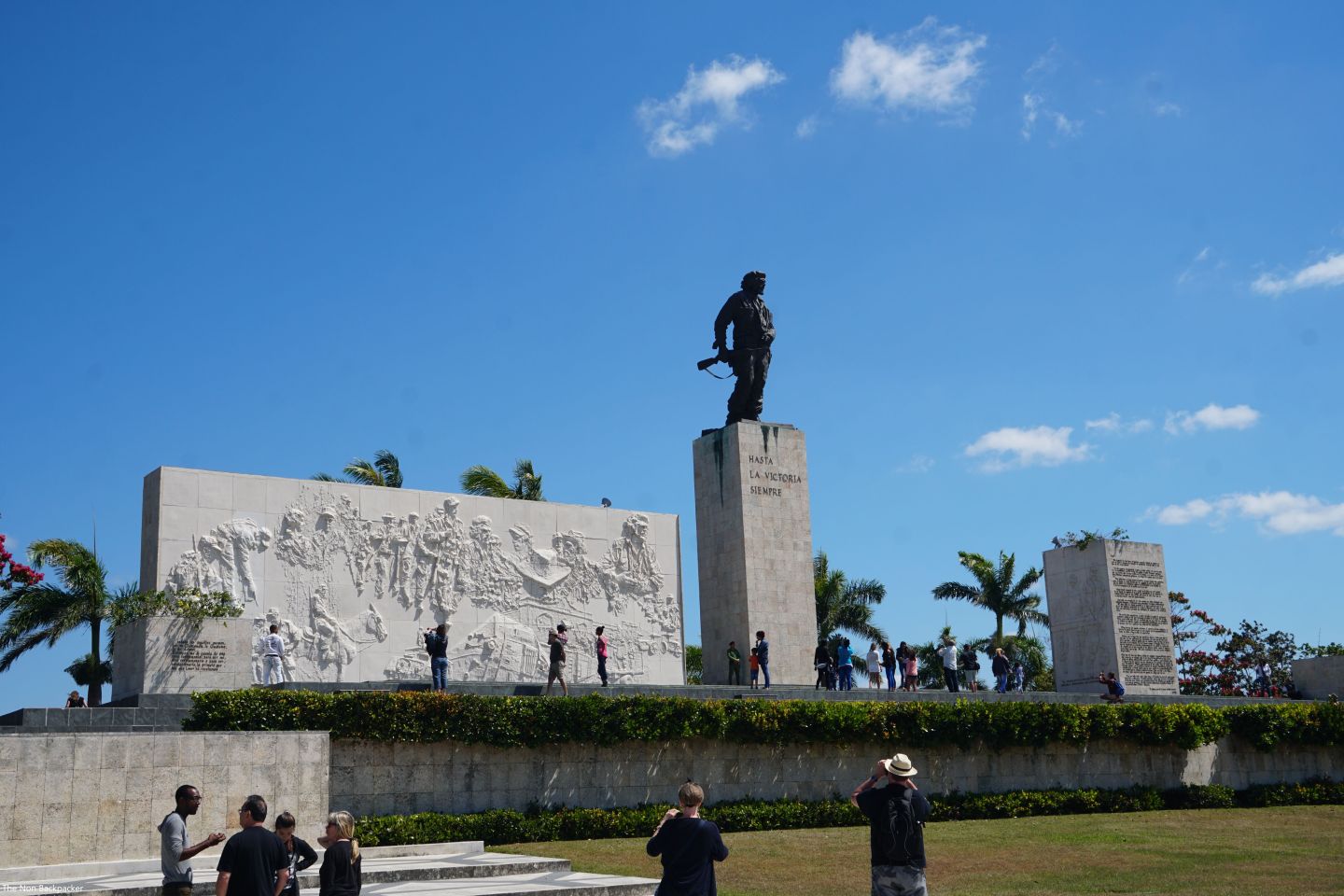 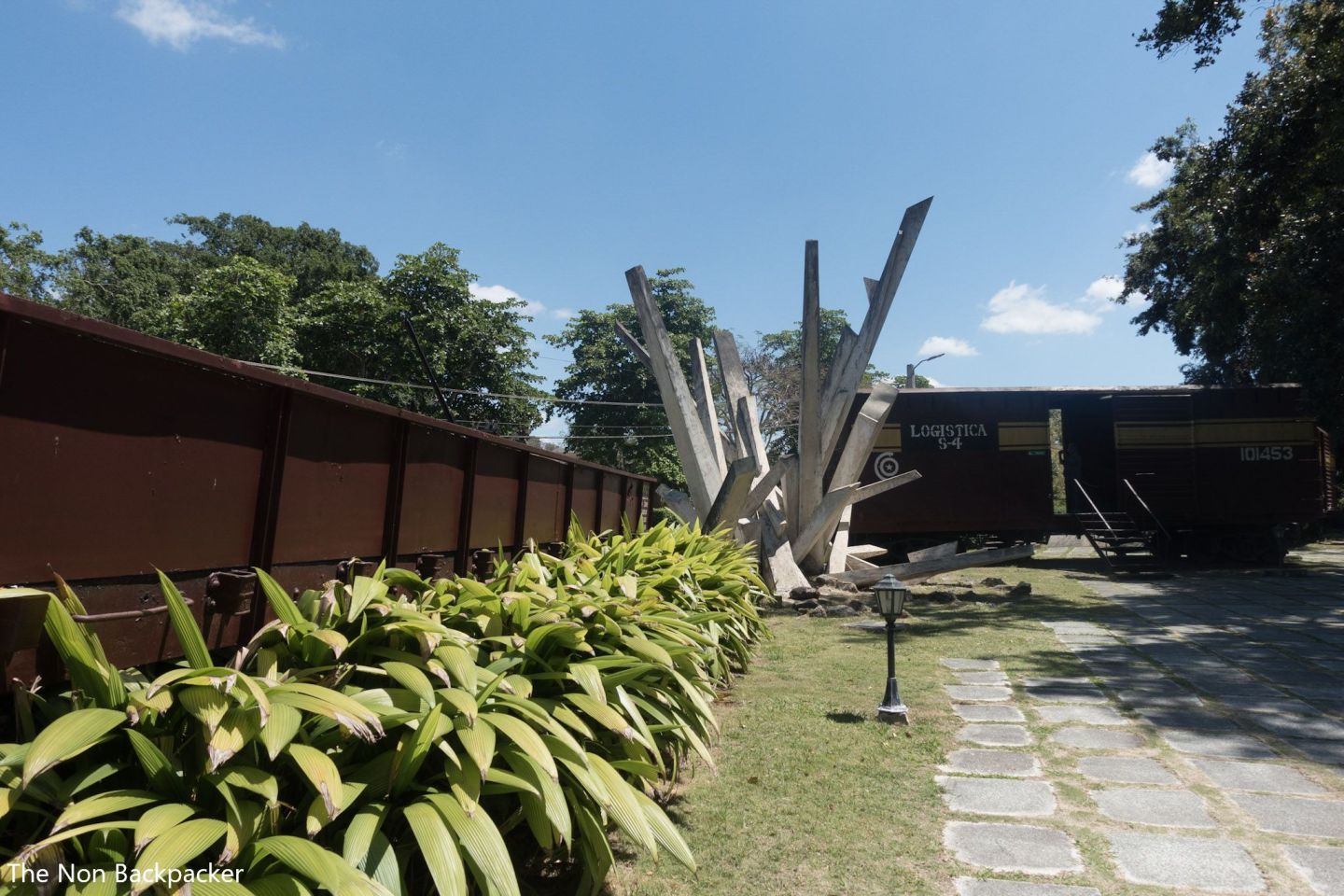 A museum dedicated to the train derailing in the Battle of Santa Clara 1958 this is an outside museum using some of the original train carriages. The sculptors at the museum were designed by Jose Delarra and give a sense of drama.

The bulldozer used to pull up the 30m of track has pride of place at the entrance to the museum, which is a little odd if you ask me. They are obviously unashamed of the chaos caused as it led to the following 50 years being led by Castro himself.

The train carriages house exhibitions about the Battle of Santa Clara which are interesting although mainly in Spanish. It does help if you have a guide. 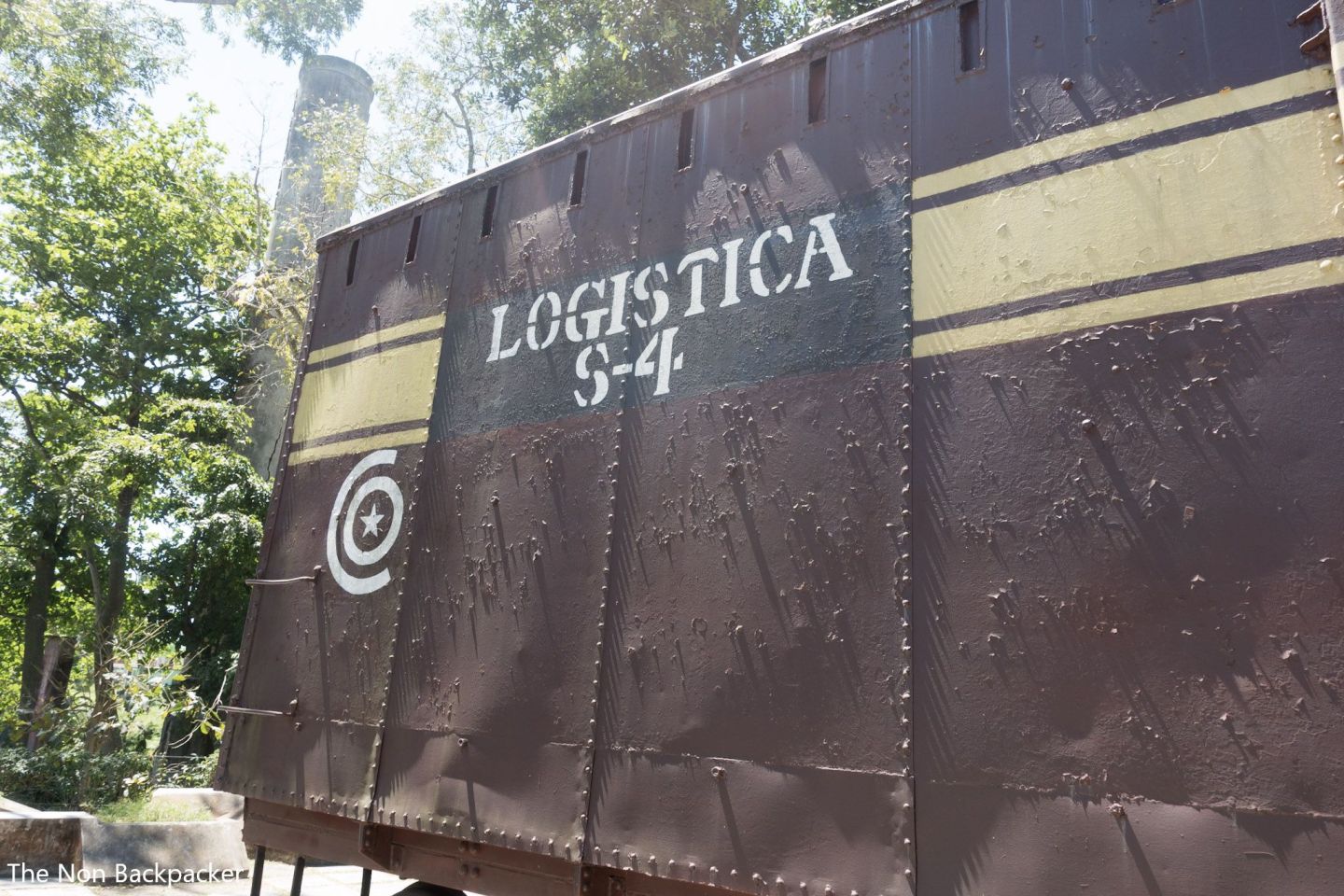 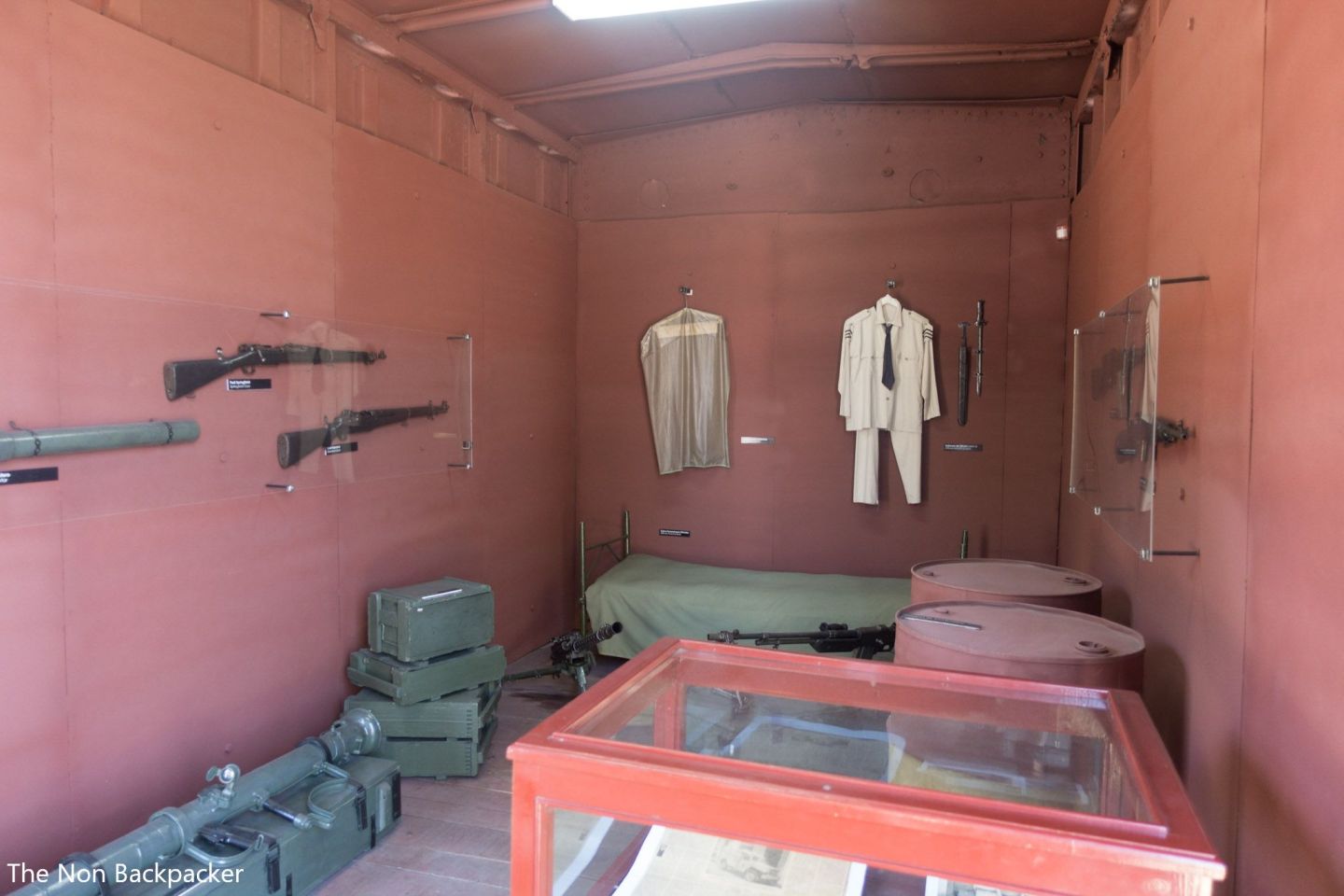 Parque del Carman is no different. Located fairly central in Santa Clara it’s surrounded by lots of important buildings. The square is renowned for being the centre foundation of Santa Clara itself.

Wander along the Boulevard

The best way to get a look into normal Cuba life is to wander the shopping streets. Tourist shops have made it to Cuba but these are interspersed with ‘normal’ Cuban shops. What you’ll find is that those Cuban shops look understocked and run down. 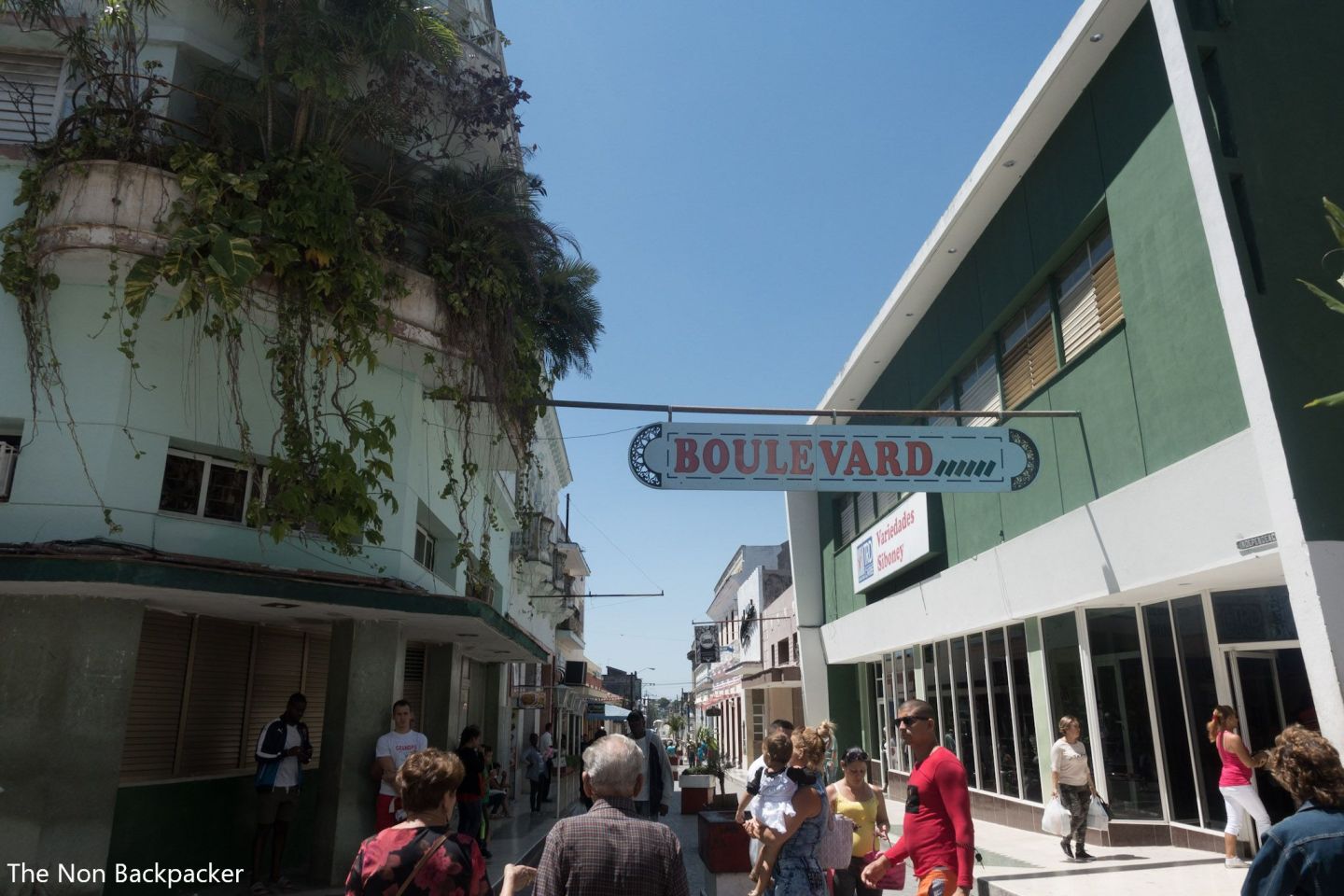 In reality Cuba is still on rations for most things. Our guide took us into a couple of the stores to look around along with showing us his old ration book. Nowadays it’s mainly food that’s still rationed, clothes, toys and other items aren’t any longer. It makes for an interesting conversation.

You won’t find many tourists in Santa Clara and less in the actual town, most stick to the outskirts and the Che mausoleum. 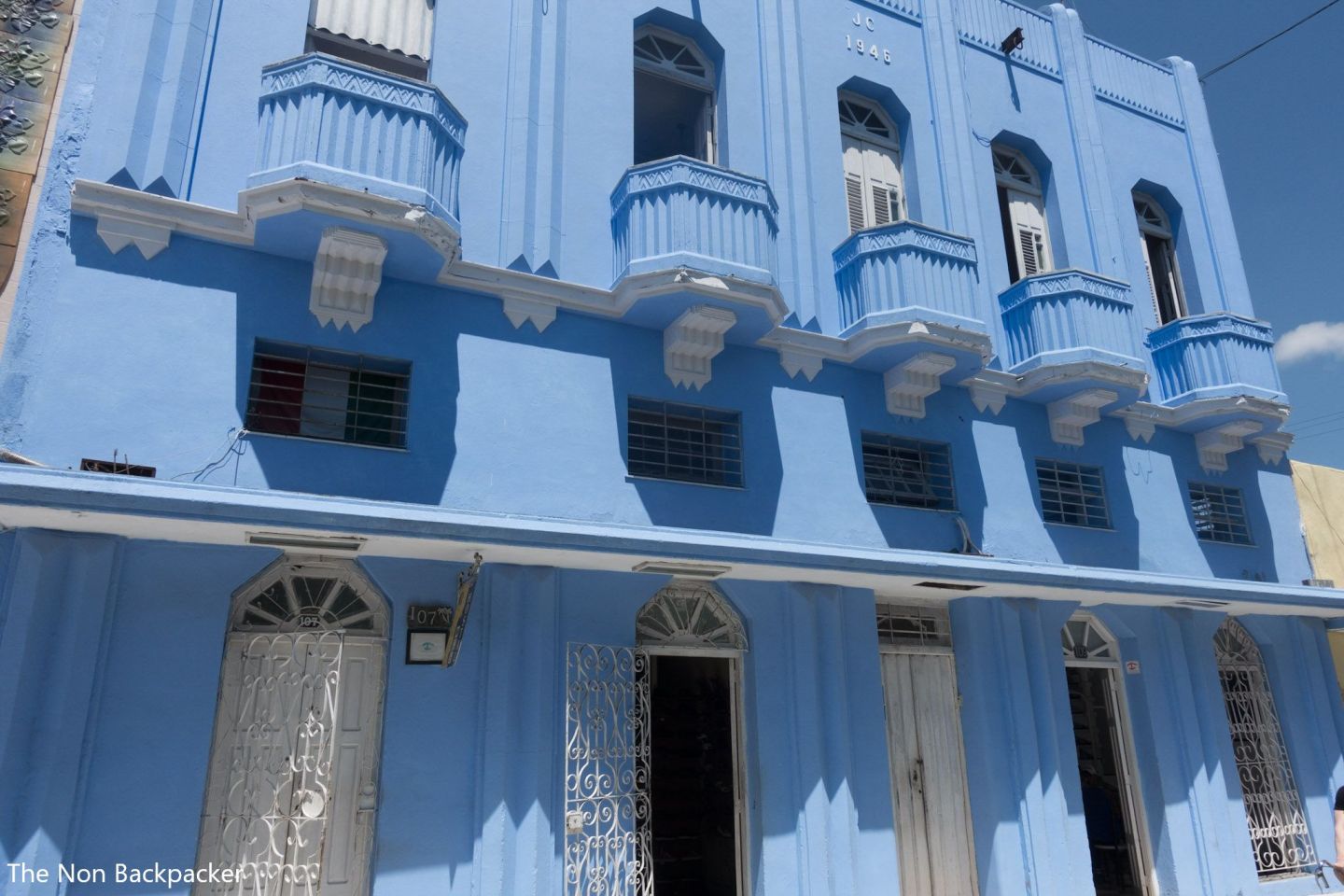 If you want a birds eye view of Santa Clara and the surrounding areas then head to Loma del Capiro. It is not a ‘normal’ tourist destination. We were the only non-Cubans on the hill which is used at the weekends by families flying kites and sledging on leaves.

It’s a steep climb up to the top along steps but is well worth the view. Located at the top is yet another Che monument but the view of the city is great. 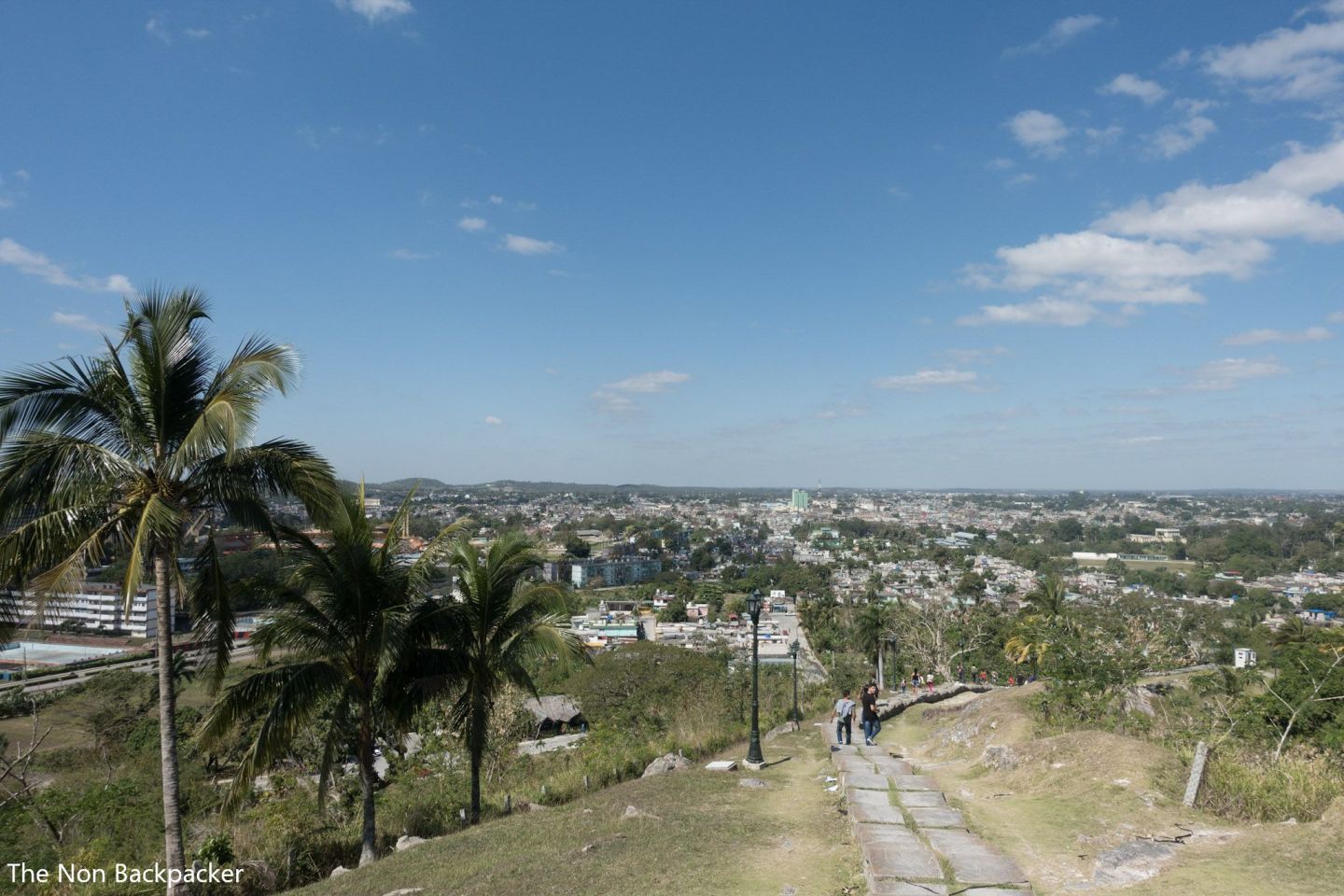 As with most things in Santa Clara it does hold a position in the revolution due to its position. Part of the hill was also used to execute troops so not all smiles and sunshine.

Santa Clara is worth stopping by for a lesser known town on the busy tourist trail in Cuba. You could spend more time there with more museums, squares and everyday life to observe but a day trip is just as good.

We visited Santa Clara from Trinidad tour company that gave us a driver and a guide for the day. You could easily walk around the central part of town and get to the Armoured Car Museum without a guide or transport but for the hill and mausoleum you’ll need some transport.