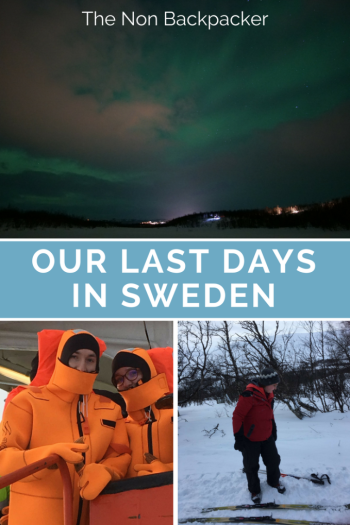 Our last full day in Sweden was spent much like the previous day with relaxation, beer and an open fire. We had a late breakfast and did some packing before heading out for some cross country skiing around lunch time.

I had never been cross country skiing – or normal downhill skiing for that matter – so I was a little apprehensive to say the least. I shouldn’t have worried too much as it was so enjoyable.

The guide we had was great, after kitting up he took us to a flat patch of ground so we could get used to being on the skis. They are different to downhill ski’s as only your toe’s are connected, which I quite liked but I imagine it’s odd if you’re used to normal skiing.

We then took a walk up the steep hill from the previous day, which was much harder when you’re carrying skis that are taller than you! Once at the top we head across country through the deep snow.

The whole area was picturesque and peaceful…until the explosion went off to dislodge an avalanche nearby. A shock to say the least. I was fairly good on the skis and only took a couple of tumbles. And only one of those required the guide to pick me off the floor. Doh! 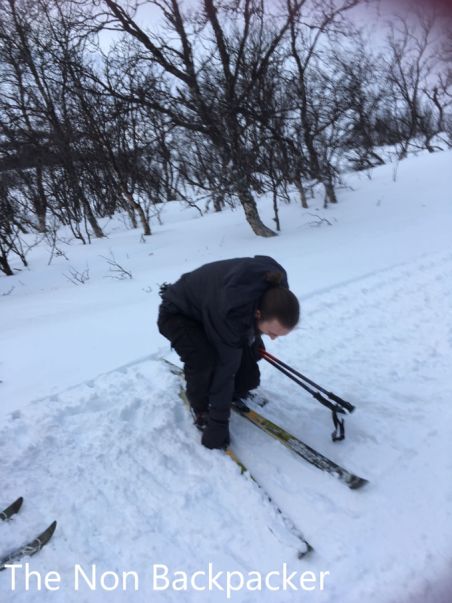 After 45 minutes of or so skiing we headed back down to the hotel, thoroughly exhausted and in need of a hot chocolate!

We did some packing, reading and socialising for the rest of the day before dinner and bed!

Our journey home was fairly uneventful. A drive back to Kiruna airport, I say airport but it’s one runway and a building, a quick flight to Stockholm and a few hours in the airport. A few reindeer hides were purchased (not by us), fridge magnets and salty liquorice before a small delay and a flight home.

The Northern Lights were by far the highlight of the trip, followed closely by the swim in the frozen sea. The tour company we used, Great Rail Journeys, on a whole was good – the tour guide himself was the highlight. The hotels and trains were of a fairly high standard too.

Overall the holiday was amazing. A very rarely find I have not enjoyed a new country and a new culture once I get home. I always seem to leave a little part of me in those places and it can be hard to readjust. Sweden had just as much of an effect on me as the other places we have visited. It’s cured my hatred of snow, got me on some skis and proves that holidays with in your in-laws aren’t always that bad!